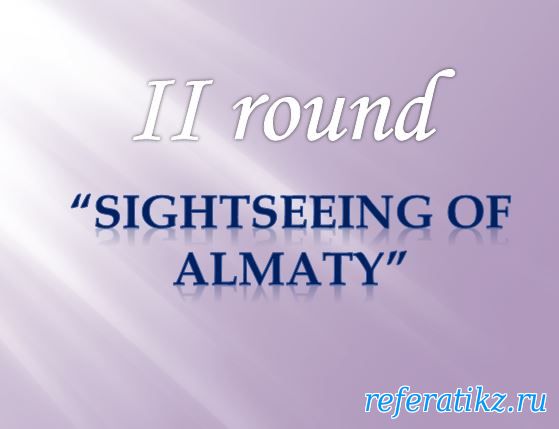 The world’s famous skating rink Medeu was built in 1972 in a picturesque gorge located 15 km from Almaty. Over 120 world records have been set there by the world’s strongest skaters. It is open for public skating from December through March.
Nature lover will find beautiful mountain scenes surrounding the skating rink.
Canyon of Charyn
It is said the Charyn Canyon is a smaller version of the famous Grand Colorado Canyon in the US but really it has charm of its own. The Charyn river is the left tributary of the Ili river.
The Charyn river’s banks are  covered with different plants.

The shortest way to Lake Issyk-Kul from Almaty is via the Kolsai Lakes. The lake system lies about 115 km to the east of Almaty in the Kyngei Alatau range.

This lake is located at 2510 meters above sea level, 15 km south of Almaty. In it’s southern part? The lake receives the water of the Ulken Almaty river.
Kok Tyube

“green hill” is 1.070 meters high above the sea level. It is covered with grass and bushes. On it’s top, the best place to view the city scene at night with it’s glimmering lights. One can get to the top by the electric tramway. TV complex is located on the slopes of Kok Tyube it is 1,000 m. it also equipped with two high-speed elevators.
Khan Tangri is 6,995 m high and its one of the most beautiful mountains in the world.
Khan Tangri is on the border of Kazakhstan and Kyrgyzstan close to their borders with China.  It takes minimum of fourteen days to reach the top.