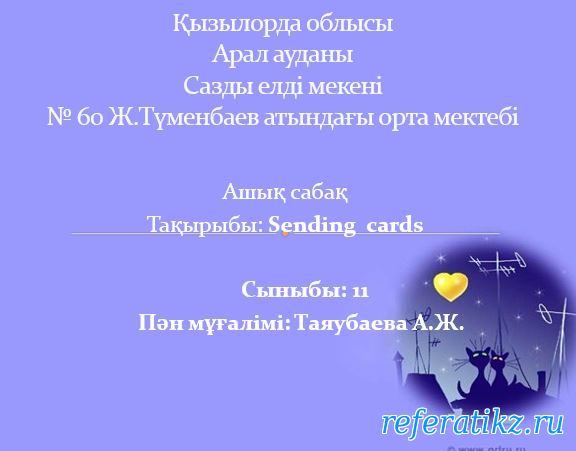 Survived –артық өмір сүру
Variety- әр түрлілік, көптік
Ranging- тұру,
Prominent-атақты
Kneecap- тобық
To cheer-қуану, риза болу
Flourished-гүлдену, сәтті болу
Commercialization –сауда, саудалық
People celebrate Valentine’s Day by sending cards or gifts to the family or close friends, sweethearts.
The tradition which has survived the longest is the sending of cards or poems to the valentine. British and French valentine poems date to the 1400s and the writing of Valentines became an art, particularly in the 1800s in Great Britain. A great variety of materials were used to make valentines, including  artificial flowers, feathers, velvet, silk lace, shells, dried flowers, grasses, net, and even tiny mirrors.
Around 1840 Valentines also became popular in America, and by 1857 over 3 million Valentines sold, their price ranging from 3 cents to 30 dollars each.
In history of making Valentine Esther A.Howland of Worcester has a prominent place. In 1848 as a young woman Esther had to stay home because of a broken kneecap. To cheer her up father’s colleague sent her a Valentine card made in England. She liked the card very much and decided to make some of her own. Some samples of her work were taken by her brothers during their business trip through New England States. When they returned they had 5 thousand  dollars worth of business of making Valentine cards flourished .
The mass production of Valentine began in the 1890s. The commercialization of St.Valentine’s Day has continued in this century.